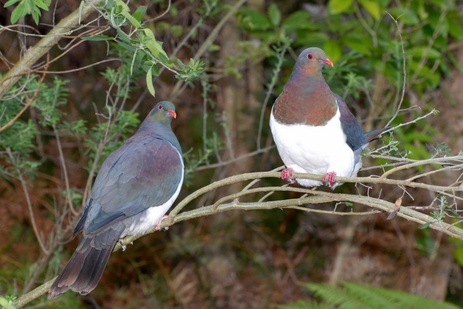 Photo: Peter Reese
Registration for the quaterly kererū count is now closed. However you can still get involved in the Auckland Kererū Project by taking part in the garden plant survey.


As well as recording one-off kererū sightings we were interested in carrying out quarterly kererū counts, to help estimate kererū abundance in different parts of the city.  These involved a 15 minute counts, every three months. The first count took place in July 2014. Counts were carried out in gardens and/or local parks within the study area (see the study area map here).

Data collected from the quaterly kererū counts is currently being analysed and results will follow shortly.